It was the first year that major retailers started accepting the online currency and it was the first time many taxpayers learned exactly what it was (if you have questions about Bitcoin, be sure to read this). 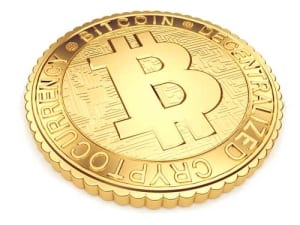 IRS announces bitcoins to be treated as property

Some taxpayers needed to quickly change their 2013 returns last year when the IRS made a late tax season change, announcing bitcoins were to be treated as property, rather than currency. This year, however, owners of Bitcoin are better prepared for their filing requirements. Bitcoin exchanges and other programs, such as LibraTax, made it much easier to track individual transactions to determine when a taxable event took place.

What is Considered a Taxable Event?

Since Bitcoin is considered property (like a stock), every time you purchase something or sell a portion of your holdings, a taxable event has occurred. Let’s say you bought 1 bitcoin in 2014 for $500. A week later, after Bitcoin dropped to $400, you went out to dinner and spent 0.1 bitcoin. What should you do? You must document this transaction in order to calculate the correct tax ramification at the end of the year. Your basis in the original 0.1 bitcoin was $50, but when you purchased your meal, the value dropped to $40. Therefore, this transaction resulted in a loss of $10.

At the end of the year, you would simply total the result of your transactions in order to determine your taxable gain or allowable loss.

Bitcoin is subject to the same taxable treatment as stocks.

Short- and long-term gains are taxed at their respective capital gain rates and any loss is limited to $3,000 (but can be carried forward to future years). It is likely that most Bitcoin “investors” will show a net loss for 2014, since the price of Bitcoin plummeted from nearly $750 to start the year, to its current price of $300.

You decide to register for an online poker tournament with a 1 bitcoin buy-in and you win the event, hauling in 10 bitcoin. Your buy-in amount for the event is your basis in the original bitcoin, or $500.

Your gross winnings for the event would be the market value of the 10 bitcoins, or $6,000. This event would result in a taxable gain of $5,500 and should be reported as such at the end of the year.

Value can be lost without good professional advice. Contact us today.